You are here: News » Press Releases 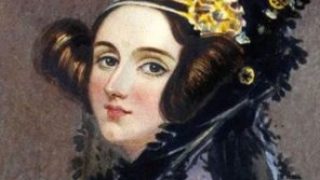 PRACE is delighted to announce that Dr. Alice-Agnes Gabriel, Department of Earth and Environmental Sciences Geophysics, Ludwig-Maximilians-University of Munich (LMU) is the winner of the 2020 PRACE Ada Lovelace Award for HPC for her outstanding contributions to and impact on HPC in Europe.

The award will be presented to her at the EuroHPC Summit Week 2020 / PRACEdays20, 26 March, Porto, Portugal. Dr. Gabriel will give a talk during the plenary session on Wednesday 25 March and will participate at the PRACEdays Panel Discussion: “Will HPC, AI and Data Science be the same in 10 years’ time? “on Thursday 26 March.

Dr. Alice-Agnes Gabriel, is a lecturer in Professor Heiner Igel‘s Chair of Seismology in the Institute of Geophysics, LMU. Her research is focusing on understanding the physics of earthquakes using theoretical analysis, physics-based forward models, innovative observation techniques and High-Performance Computing to bridge spatio-temporal scales.

She contributes to two European Horizon 2020 projects, an Exascale Hyperbolic PDE Engine ExaHyPE (ended October 2019) and Center of Excellence In Solid Earth ChEESE, where the latter is a Centre of Excellence intended to bring together leading European researchers in Solid Earth research at the Barcelona Supercomputing Center for Exascale supercomputing. She is involved in two collaborative projects with the King Abdullah University of Science and Technology (KAUST) and two projects funded by the German Research Foundation – one of the two projects is Community Software for Reproducible Computational Seismology CoCoReCS resulted from an interdisciplinary call to support sustainable research software called SeisSol. On top of all this her project “TEAR – Truly Extended Earthquake Rupture” was awarded an ERC Starting Grant in 2019.

Dr. Alice-Agnes Gabriel uses numerical simulations coupled to experimental observations to increase our understanding of the underlying physics of earthquakes. The work includes wide scales and can improve our knowledge and safety against these natural phenomena.

For her outstanding research work, she is highly recognised in the geoscience community and invited as a keynote speaker at European and international conferences such as PASC Conference 2018, likewise, she is a presenter in several workshops and colloquia.
She has a strong commitment as a teacher. By using social media (@InSeismoland) she can engage and inform a wider public about her research work.

Overall, Dr. Gabriel serves as a special role model for STEM scientists and beyond.

This article was first published on www.prace-ri.eu on Tuesday 7 January 2020.

Back to News & Media

The mission of PRACE (Partnership for Advanced Computing in Europe) is to enable high-impact scientific discovery and engineering research and development across all disciplines to enhance European competitiveness for the benefit of society.

PRACE seeks to realise this mission by offering world class computing and data management resources and services through a peer review process.

PRACE aisbl is funded by the PRACE Members The Implementation Phase of PRACE receives funding from the EU’s Horizon 2020 Research and Innovation Programme (2014-2020).

For all questions about PRACE Communications, promotional and press materials, social media, and publications, email: communication@prace-ri.eu or phone us on +32 2 613 09 28.

Stay up to date with all the latest PRACE news and HPC access call announcements by subscribing to our newsletter:

All content is copyright PRACE unless stated otherwise. All rights reserved, content may not be copied, modified or reproduced without permission.

PRACE aisbl is funded by the PRACE Members.

The Implementation Phase of PRACE receives funding from the EU’s Horizon 2020 Research and Innovation Programme (2014-2020).

You can find out more about which cookies we are using or switch them off in settings.

This website uses cookies so that we can provide you with the best user experience possible. Cookie information is stored in your browser and performs functions such as recognising you when you return to our website and helping our team to understand which sections of the website you find most interesting and useful.

Strictly Necessary Cookie should be enabled at all times so that we can save your preferences for cookie settings.

If you disable this cookie, we will not be able to save your preferences. This means that every time you visit this website you will need to enable or disable cookies again.